4 reasons for Arsenal fans to be excited about 16/17 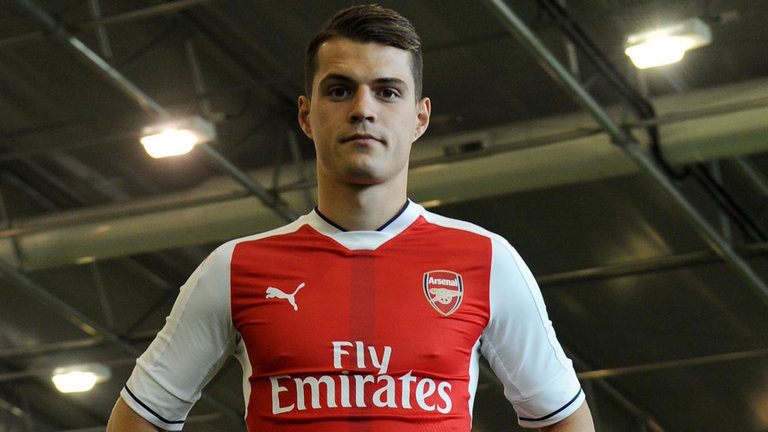 With rival clubs spending without any worries and Arsenal’s only high profile signing being Granit Xhaka, the usual feelings of negativity have already engulfed social media on the Gunners having another underwhelming season. Despite the lack of transfer activity however, there are many reasons for Arsenal fans to be excited about the upcoming 2016/2017 season — here are four of them.

Yes, he’s Arsenal’s only major signing so far but given that he was signed all the way back in May, it’s understandable that Gunners fans have already somewhat forgotten just what a good signing the Swiss midfielder is.

Xhaka got man of the match in each of his four Euro 2016 games and despite the awful penalty miss, Xhaka showed a lot of qualities that Arsenal fans can be excited about. He can control the midfield, spray passes around, create from deep and is a surprisingly good tackler given his creative qualities.

With a midfield boasting the likes of Cazorla, Elneny, Wilshere, Coquelin and Ramsey, there is an abundance of different combinations we can see in midfield and Xhaka will be looking to shine no matter who he’s partnered with when Arsenal start the season against Liverpool.

Even though Xhaka has been the only signing, it isn’t even August yet and there’s still more than a month to go for the transfer window to end. Given the last few years, Wenger has mostly done his business in this very month and if those last few windows have said anything, it’s that Arsenal fans can still expect a potential marquee signing this late in the window.

Don’t be surprised to see Arsenal landing a signing or two even if it’s on deadline day.

While it can be frustrating when your team’s players don’t get to make it to international tournaments, the upside is that they have a well rested summer. The likes of Santi Cazorla, Nacho Monreal, Theo Walcott, Alex Oxlade-Chamberlain, Francis Coquelin and more didn’t feature in Euro 2016 while others like Gabriel, Hector Bellerin and Mohamed Elneny haven’t exerted themselves either which is only good news as they’ll be fresh for the start of the season.

This also helps when you consider the likes of Olivier Giroud, Laurent Koscielny, Mesut Ozil and Alexis Sanchez all must be overly exerted particularly due to their nations’ exploits in the tournament.

Still a chance to surprise in the league

While many will predict one of Chelsea, Manchester United or Manchester City will win the league, there is still a good chance of Arsenal winning the league for the first time in 13 years. For one, they have a stable side with no major first team departures (see Leicester losing Kante) while another aspect is the fact that all these teams with new managers will no doubt undergo a transitionary period, no matter how good their new coaches are.

Arsenal are one of the few clubs which boast this stability which might give them an upper hand in the title race.