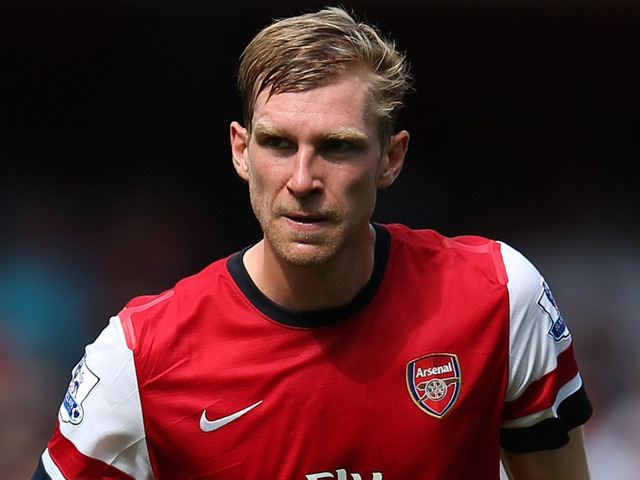 Arsenal’s new captain, Per Mertesacker was recently confirmed out of action for at least five months, putting even more pressure on manager Arsene Wenger who was already expected to strengthen his offensive options. With just midfielder Granit Xhaka – who is still a great capture – being the only high profile signing, fans are now expectant of another high profile addition in defence, with Wenger himself stating that he expects to sign a defender before the season starts. However, Wenger need not spend further on new signing — instead he can replace Mertesacker internally.

Many fans weren’t pleased with Mertesacker’s performances last season, let alone the decision to make him the new Gunners skipper, but his injury might be a blessing in disguise. Gabriel, who was signed in the January transfer window of 2015, had some game time last season but was underwhelming at times. However, he has shown his potential to be a solid defender and with the German’s injury, Gabriel can finally get consistent game time, allowing him to form a solid partnership with Laurent Koscielny. It also wouldn’t be fair to spend on another first choice defender when Gabriel is fit and ready to make his mark on the team, having been on the bench for majority of his Arsenal career ever since joining in a £11 million deal.

Of course, there are concerns about Arsenal’s injury proneness and the depth that now might be exposed with Mertesacker’s injury. But if Gabriel and Koscielny are the first choice defenders now, Calum Chambers might finally get a chance to impress as the third choice central defender. The former Southampton man had a promising start to life as a Gunner when he joined in 2014, however, found himself fall in the pecking order, both as a central defender and as a right back. With rumours of a loan move to get experience and game time, Chambers would be well advised to remain in north London as an opportunity could beckon soon.

Before Mertesacker’s injury, Bolton’s young prospect Rob Holding was also signed. A talented, ball playing defender, Holding had a solid debut against the MLS all-stars in what was a 2-1 win and if that’s a sign of things to come from the 20 year old, Arsenal have landed themselves quite the prospect for just £2.5 million. Another player who has impressed in preseason is Krystian Bielik. The 18 year old Polish midfielder is primarily a defensive midfielder but has been playing at central defence recently, likely to keep getting a chance. Wenger has also stated that Bielik “has all the qualities and ingredients to become a top centre-back.”

Even with Mertesacker’s injury, Arsenal are well stocked in defence and if they are looking for another defender, it should only be for backup, especially with the rumours of Arsenal potentially signing Shkodran Mustafi for over £30 million which would be needless.

Right now, Arsene Wenger should focus on one position only and that’s up front, not in the back.