As the winter period and half-way point of the season approaches, Arsenal are sitting in a promising position in the Premier League standings.

Gunners fans have witnessed this before from their side, starting strongly before tailing off after Christmas and eventually having to settle for yet another top four finish in the top-flight. Although, under the guidance of Arsene Wenger in what is incredibly the French coach’s 20th season in charge in London, the Gunners finally look likely of challenging for the title again.

The likes of Alexis Sanchez and Mesut Ozil have been the stars of the show at the Emirates, but one attacker that has fallen by the wayside is France international frontman Olivier Giroud. 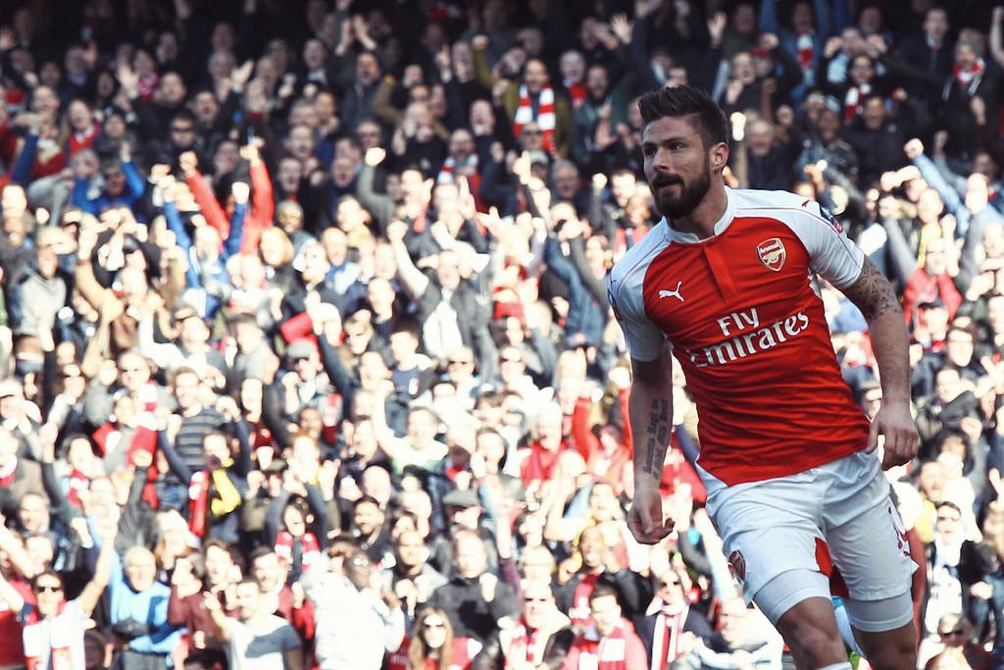 While clinical Chile forward Sanchez continues to shine and his German teammate Ozil maintains an impressive run of form, Giroud has been struggling to gain minutes on the pitch. The 30-year-old striker has been absent for the majority of proceedings this current campaign, featuring just eight times domestically and all of those coming from off the substitutes bench.

Despite having bagged three league goals and five across all competitions, including the Champions League, Giroud’s time with the capital club appears to be coming to a swift end. With the Frenchman having to battle for appearances in London, the out-of-favour attacker may be forced into departing his current employers in order to gain regular playing time elsewhere.

At 30 years of age, Giroud should be entering his prime years as a goalscorer, and a switch away from the Gunners looks his most likely and beneficial option in order to prolong his international career too.

Crucial 2018 World Cup qualifiers are swiftly approaching and Giroud will be keen to be a part of Didier Deschamps’ set-up. Though edging out Atletico Madrid sharpshooter Antoine Griezmann looks an impossible task based on his dwindling current club situation.

Les Bleus reached the Euro 2016 final on home soil last summer and are 8/1 third-favourites in the bet365 international football betting to reign supreme in Russia in two years. Whether Giroud will be a key aspect of that France side could depend on the decisions he makes regarding his club situation presently, with Sanchez clearly seen as first-choice striker by Wenger.

The recent revival of form from Spanish forward Lucas Perez also carries a threat to Giroud at the Emirates, with the former Montpellier marksman desperately in need of a run in the team. Arsenal’s stuttering striker may seek a move away from the club in the coming weeks during the January transfer window, and there’s sure to be no shortage of potential suitors for his services.

The towering targetman still possesses plenty of attacking attributes which could benefit many top sides in Europe, with a possible loan switch another opportunity to gain minutes and rediscover his eye for goal elsewhere. It’s possible a move away from Arsenal in January may see Giroud miss out on a Premier League medal, if the Gunners continue their current surge in 2017, but his own future could benefit in the long-term by doing so.