No Icardi, No Party: Arsenal must sign the Inter man this summer 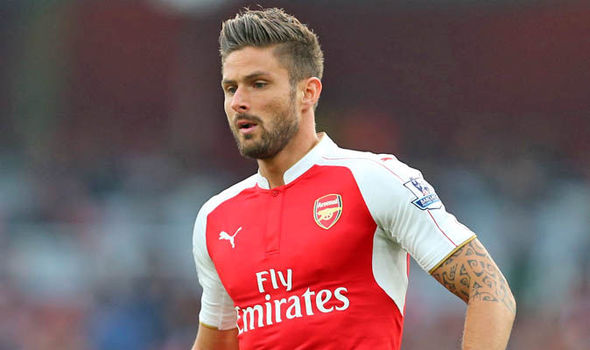 Simply put, Arsenal have to sign a forward before the transfer window slams shut at the end of August. In recent times, Gunners boss Arsene Wenger has failed to act in the market, and his incompetence has hindered Arsenal’s title hopes on a number of occasions. If truth be told, Wenger cannot afford any more slip-ups; Arsenal fans won’t stand for it. In fact, his legacy at the club hangs in the balance and one more epic failure could well spell the end of his tenure as manager.

To be fair, the Gunners aren’t a million miles away from challenging for the Premier League crown. Realistically, Arsenal should be searching for cover at centre-half and another striker, and the latter is an absolute necessity. Lyon forward Alexandre Lacazette has been linked with a move to the top flight but reports suggest that the French side are set to offer the 25-year-old a new contract, which may tempt Wenger to look elsewhere. The Arsenal boss should look no further than young Argentina star Mauro Icardi.

Icardi isn’t the complete package just yet but he has shown plenty of promise whilst playing for Inter Milan this season. At 23-years-old, the world is his oyster and Icardi’s upside shows no boundaries. Although he failed to make Argentina’s squad for the Copa America this summer, Icardi has come on leaps and bounds this year and his individual achievements are even more impressive when you consider how poor Inter were last season. If you watch videos of his highlights from the 2015/16 campaign, he looks like he would fit perfectly into Wenger’s free-flowing offense.

At the time of writing, Arsenal are priced at 6/1 to win the title in bet365’s football betting markets for the upcoming campaign. However, it is hard to imagine the Gunners lifting the title unless they sign a striker like Icardi. With Danny Welbeck ruled out with a long-term injury until after Christmas, Wenger will be relying on the inconsistent Olivier Giroud and makeshift centre-forward Theo Walcott to score the goals this season. If nothing else, Icardi would give the Arsenal boss another competent option in attacking areas.

The Argentina man’s versatility and ability to slot in along the frontline is one of his best traits and that ‘fluid’ style of attacker suits Arsenal down to the ground. In the air, Giroud gives the Gunners a genuine threat but Wenger’s side have never really tried to cross the ball into the penalty area on a regular basis. Arsenal much prefer to try and dissect defences by passing and moving into space, and Icardi’s movement could be crucial, particularly in fixtures against defensive-minded opponents. Giroud just cannot perform at the top level on a regular basis…

When you consider the current state of the transfer market, £40million for a top striker isn’t exactly poor value for money. Mauro Icardi isn’t the finished article but he could well blossom into one of the best strikers in the world, and a club like Arsenal would get the most out of his varied skillset. Icardi is available for the right price and the Gunners simply cannot afford to pass up on the Argentinian. The clock is ticking Mr Wenger…