Why Riyad Mahrez would be enough for Arsenal 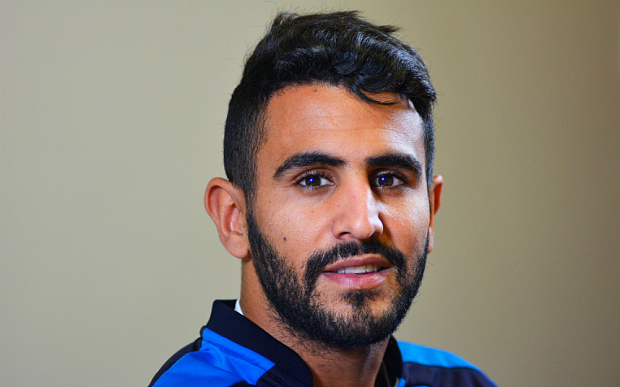 Ever since Robin van Persie departed Arsenal in 2012, the one main position that Arsenal fans have always wanted strengthened was in attack. Olivier Giroud is a good player but not good enough to sustain a complete league pursuit. While he’s been on the bad side of Arsenal fans, it’s through no fault of his own if he has no competition for his spot. This season, it looked like Arsene Wenger was finally going to sign the striker they desperately needed. Jamie Vardy didn’t work out as he opted to stay at Leicester while Gonzalo Higuain moved to Juventus for a huge fee. With recent reports though, of Arsenal pursuing Riyad Mahrez, it wouldn’t be the worst thing especially if it’s at a striker’s expense.

With the Gunners currently in contact with Mahrez, it looks like this could be a deal that might happen. Not only would it give Arsenal the current PFA player of the year but it would also be a huge lift to the players and fans. Mahrez offers huge talent, amazing dribbling and a surprising knack of scoring goals. With his presence on the right, playing alongside Alexis Sanchez and Mesut Ozil, Mahrez’s signing could be the purchase to springboard Arsenal into their first league title since 2004.

But even if Mahrez signs, Giroud would still be the first choice striker, so most fans would be thinking a striker should be the priority. However, Mahrez would be enough. For one, this is a player who scored 17 league goals last season playing on the right hand side for Leicester. For context, all the players who played on the right for Arsenal last season in Joel Campbell, Aaron Ramsey, Alex Oxlade-Chamberlain and Theo Walcott scored a total of 14 league goals.

Mahrez is not only an upgrade on Arsenal’s right hand side but he would also compensate for the goals another striker would bring. Giroud scores an average of 14 league goals per season and even though he does have the quality to go on a scoring run, he also has the tendency to go on dry runs as well and Mahrez would definitely help compensate for those potential dry spells, given Sanchez emulates the same form he’s been showing the last two seasons.

Another factor is that there simply aren’t enough available strikers out there who are clear upgrades on Giroud. Given today’s inflation, would it be worth it to spend on someone like Kevin Gameiro or Mario Mandzukic for fees that are quite steep? There is still a month of the window to go but at this point, there are no clear ideal signings. Mahrez however, is just 25 years old, accustomed to the Premier League and would be worth every penny.

There’s no reason a trio of Mahrez, Ozil and Sanchez behind Giroud shouldn’t be able to give a proper title challenge — but for now, it’s better to pursue Mahrez and wait until an ideal striker is available.